If you have a computer (and who doesn’t these days), you almost surely have played games developed in Flash at least once. Flash, currently called Adobe Animate, is a multimedia software platform used not only to develop browser and mobile games, but also all kinds of desktop applications, rich Internet applications, and animations. The platform comes with multiple software pieces: Adobe Animate for artists who produce Flash graphics and animations, Adobe Flash Builder and FlashDevelop for software developers, and Flash Player and AIR for end-users viewing Flash content on web browsers, respectively desktop and mobile apps. 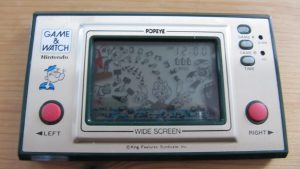 Many popular games, such as Angry Birds, FarmVille, and Clash of Clans have been developed in Flash, but classic video games have been remade using Flash as well. Developers have understood that gamers from older generations represent a solid audience and have used the Flash platform to provide these fans again with their favourite titles, from Space Invaders to Super Mario. There are multiple reasons why they have chosen this technology to bring back old titles, including: 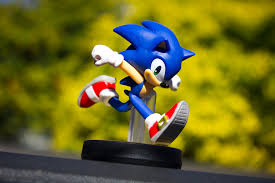 If you are planning to make your game available on the Internet, Flash is the right choice because files produced with this type of software are designed to be viewed in web pages. In fact, simple games developed in Flash are rather played for a few minutes on the Internet than being installed on computers and played regularly.

With Flash you can enjoy video content which looks great even if you are not an experienced programmer and neither do you have the time and commitment needed to create a complex game. Games developed in Flash look really good and with other platforms one would have to work a lot to get such image quality.

If you are planning to develop games in Flash, you should know that running costs will not be huge. Currently, a subscription for Animate CC is $19.99 per month, and a subscription for all Adobe apps is $49.99 per month. Students and teachers are offered a 60% discount in Creative Cloud (benefiting from all Adobe apps). A free trial is also available, so you know the product before buying it.

Because Flash is browser independent, you will have no issues with browser compatibility. The only condition for users to view your Flash content is to have the Flash player plugin installed on their computers.

With Flash you can incorporate in your content audio, animation, and advanced video handling, as well as shopping carts, charts, feedback forms, movies, and photo slide shows. You can collect data from users and make your website more interactive and captivating.

In spite of the many features included in Flash games and animations and of the high video quality, files occupy a small space on your computer memory because Flash is vector based. On the other hand, real movie files are raster based and have a much larger file size.

One of the most important reasons why amateur game developers opt for Flash is simplicity. New users can learn how to use the platform and start creating games in a very short time, while other languages require you years of work before you master their tools. Multiple loops of animation can be created using a simple code, while with other programming languages you have to recreate the same segment multiple times, which is time-consuming and exhausting. Animations can easily be applied to characters in a game since you can create random animations with action script.

Flash makes it possible for programmers and graphic artists to collaborate using the same files, which is not possible in other environments used for game development.

By using Flash’s built-in features, it is easier to communicate to server-side applications needed to create chats, high score lists, and multiplayer games.

It has been estimated that more than 98% of people online can have access to Flash content due to the high rate of plug-in penetration. It is possible to find out the exact penetration of each version of the plug-in by visiting the Macromedia website. Flash uses .swf files which are common across the Internet – by embedding these files on your website, you allow more people to play your game. 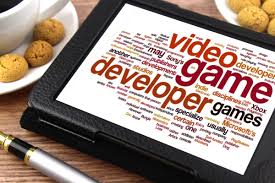 On the other hand, the Flash platform also comes with limitations, and these drawbacks are responsible for the slow death of Flash games. Even so, there are still fans of Flash games, both among developers and players, and the software continues to be available and to receive constant updates. Chances are we will be playing Flash games many years from now – these games may not have a huge impact or be very meaningful, but it will still be convenient to play one of these basic games online when you take a break from work.