There are two main ways of playing a video game – using the actual hardware (game console or computer) or using emulation. An emulator is software allowing a computer to behave like another device, such as a video game console, an old operating system, or a different computer program. Unlike virtualization, which imitates only part of the required hardware, emulation imitates both the hardware and software, entirely. Many of these emulators are written using Flash technology, which has made it possible to create retro Flash games which both nostalgic gamers and young generations enjoy. Some people prefer the actual thing, while others claim that emulators can do a better job than hardware. In order to provide an answer for this dilemma, one needs to know exactly what the advantages and disadvantages of emulating are, in the first place. 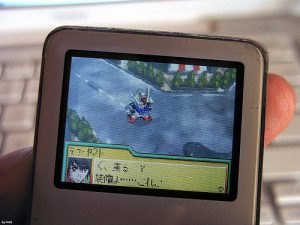 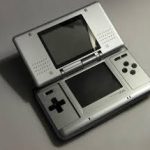 Emulation makes it possible to play games like GTA: San Andreas on PS3, when they were originally produced for PlayStation. Or you can enjoy an old-school MS-DOS shooter on your smartphone – isn’t it just great?

Video games are considered a form of art, so it’s understandable why fans and game developers want them preserved. If these games depend on old hardware which starts to deteriorate over the years, the only way to keep these games alive is by recreating them through emulation.

Learning how to create a game

Emulation is also good for those who wish to learn how to make a game. Emulation helps you learn from good games so you can create good games as well – studying old games helps developing skills.

The video game industry may be bothered by emulation, but this phenomenon makes it possible to maintain the popularity of old video games and to spur more interest for these products in general.

Actual hardware costs more money than using an emulator. Saving money is an important issue for many gamers, and it’s easy to understand why they prefer to choose software that emulates a game instead of investing in the hardware needed to play it.

Imitating hardware by using emulation software means you save physical space in your home – instead of keeping various consoles that take up space, you can store those assets on your computer’s memory.

Playing on the go

If you’re not at home and you can’t take the real thing with you, emulation allows you to play your favorite games while travelling or commuting. 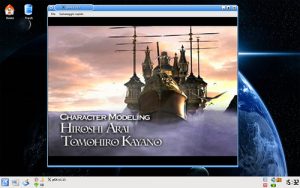 Some games may not look as good as the original when emulated – an emulated game that was originally meant for Xbox 360 can look worse on Xbox One, because the latter is not powerful enough to emulated 360 games at full graphical settings while retaining optimal performance. And a retro game recreated in Flash will definitely not have the original feel.

Emulation can be difficult to achieve

Game developers know that emulation is difficult to do from the programming point of view, because in some cases original devices have some particularities that are hard to recreate.

Not using the original hardware means you won’t have access to original controls and game functionality will be affected. Even if you adjust controls to your liking, a keyboard will not be able to provide the same experience as a controller.

Not the same experience allover

When it comes to retro Flash games, for instance, a major issue is that you usually play these games online, and the game is included in a browser window, next to other visual elements, which make you distracted. Games recreated in Flash do not allow for the same immersion as the original game, and players are simply less committed to these titles, compared to those who played them on the original hardware 20 or 30 years ago.

Emulation is legal in most countries, but still there are some uncertainties on the subject. Gamers are allowed to have their own archival copes but they are not allowed to create them alone. However, you can be prosecuted for video game backups only if you are selling or distributing them. Having emulation software and its code is legal, but downloading commercial game ROMs violates multiple international copyright laws. This determines some of the retro game fans who care about obeying the law to prefer online retro games such as those recreated in Flash in order to avoid legal issues. 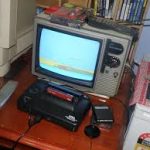 All things considered, emulation comes both with advantages and drawbacks. Some consider it very beneficial while others claim loud and clear that they prefer the original hardware. As long as disadvantages will not overcome benefits, game developers will continue to use emulation and bring back to the present the games of their childhood or just the games from the previous console generation. Only you can decide if this solution is suitable for you.